Kombucha 101: What is Kombucha? 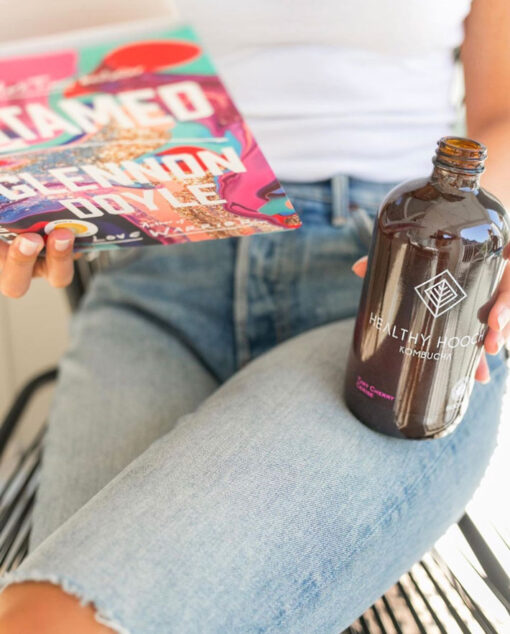 Is it mushroom tea? No. Does it look like a brain? Maybe? What these questions are referring to is the SCOBY, an acronym for symbiotic culture of bacteria and yeast. The SCOBY is a protective layer that forms on top of kombucha, composed primarily of cellulose, beneficial bacteria and yeast. It looks a bit like a mushroom when it’s formed, but also a bit like an organ, and contains the building blocks of kombucha, a fermented and living beverage. Don’t be scared by its outward appearance, when brewed well, kombucha is full of probiotics aka beneficial bacteria, digestive enzymes, and a whole lot of flavour! 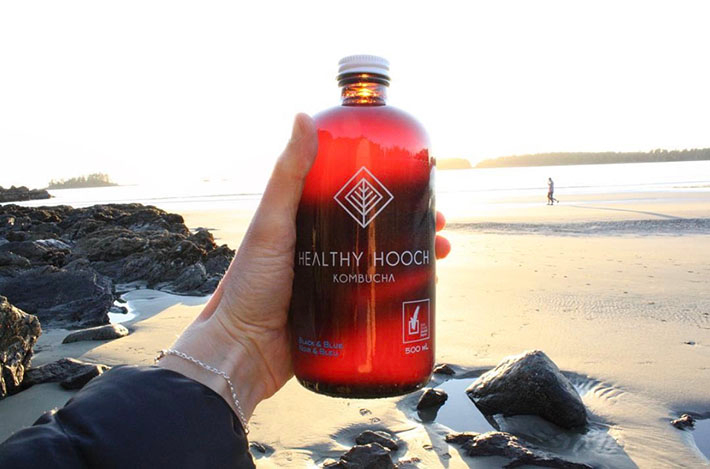 There is a story of a wise old man that left a cup of sweetened green tea on his windowsill. A week later, he decided to roll the dice and drink the left-over tea. In that sip, he came to realize the tea had morphed into a tangy and carbonated delight. Whether this story is true or not, I think one can picture a grandpa either taking a gamble or forgetting where he set down his cup of morning tea.

The exact origins of kombucha are unknown, but it’s believed to have originated in China somewhere between 200 – 2000 years ago. It was used for its healing, energizing and detoxifying properties. Eventually, it made its way to Japan where it was used as a medicine, then to Russia and Europe along the trade route in the early 1900s. In Russia, it was used as a preventative treatment for some diseases and infections, including cancer. Kombucha entered the US market in the early 21st century and has been growing over the last 10 years across North America. In today’s modern age of sugary sodas and juices, more and more consumers are looking for health and function when choosing convenience, and kombucha has become a readily available option.

Does Kombucha Have Health Benefits?

Kombucha is full of probiotics and digestive enzymes, but it should be specified this doesn’t apply to pasteurized kombuchas.

Probiotics and digestive enzymes encourage healthy intestinal flora (microorganisms). Kombucha can be an alternative to yogurt, kimchi, sauerkraut, and probiotic pills, all of which contribute to a healthy and diverse microbiome. A healthy gut means better absorption of nutrients, better digestion, and many studies are linking gut health to our overall and mental health. There are over 100 million nerve cells in our intestines, what are they communicating to the rest of our body?

How is Kombucha Made?

Kombucha is primarily made with green and black teas, by brewing a sweet tea base. It is cooled and added to already fermented kombucha. Depending on the equipment and brewing process, the combo should sit for 1 week to upwards of a month giving the bacteria and yeast time to metabolize the sugar, and caffeine, and propagate. It is a relatively simple process, but the best example is with wine. It’s a simple enough process, but to make it well, takes a combination of art and science.

Does Kombucha Have Alcohol in it?

The fermentation process of kombucha is similar to making beer or wine, however wine and beer are solely fermented with yeast. The addition of bacteria in kombucha actually metabolizes the alcohol. During the fermentation process the sugar is metabolized by the yeast creating the biproduct of alcohol and CO2, acidic acid (which gives it the tangy taste). Because of this kombucha does contains trace amounts of alcohol, but less than 0.5%. For reference, many fruit juices on the grocery store shelves can contain trace amounts of alcohol, like orange juice.

Does Kombucha Have Caffeine in it?

Most kombucha will have some caffeine from the green and black tea. During the fermentation process the bacteria metabolizes some of the caffeine so the final product will have about ½ to 1/3 the amount of caffeine it started with. This can vary with different types and strengths of tea used, and the length of fermentation. Typically, an 8oz serving of kombucha will have between 7mg – 24mg of caffeine per 8oz serving and is considered low in caffeine.

Are There Any Risks to Drinking Kombucha?

As long as proper cleaning, sanitization, and pH testing processes are in place, commercially produced kombucha is extremely low risk. Many mishaps with kombucha happen at the homebrew level; a container isn’t properly cleaned, pH isn’t measured etc. When this happens, it leaves room for pathogens (organisms that can produce disease aka bad bacteria). Overall, the risk is low when drinking commercial kombucha, and if you can believe it, there is potentially more risk when eating raw, and unwashed vegetables!

Visit the Healthy Hooch Kombucha website to learn more about all things kombucha and find a retail location near you.

These 7 kombucha mocktails are simple, easy to make and loaded with flavour and health benefits. Whether your...

No one wants to spend time cooking over the hot stove when the weather is nice out. There are a million other ways you...

Happy Vancouver Pride! Rainbow flags can be spotted all around the downtown core, meaning celebrations have officially...